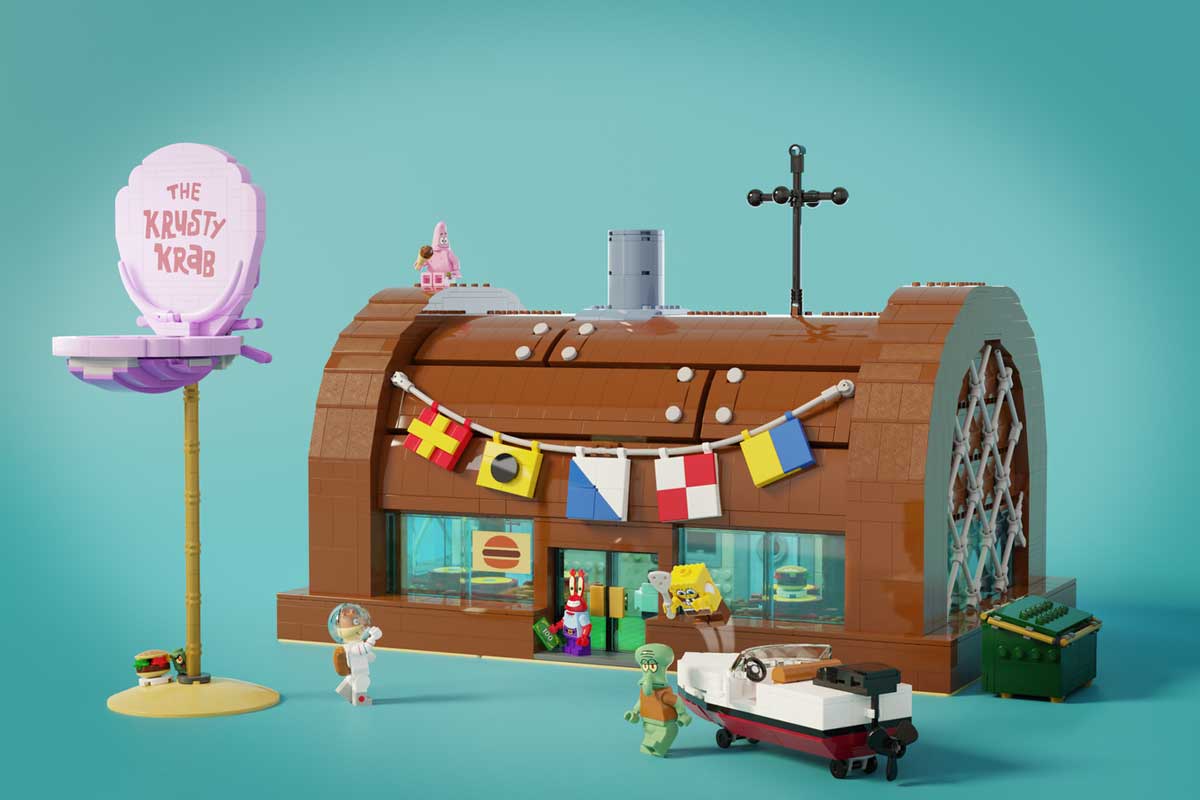 I think I supported the project when it was still at around 3000 supporters. and that wasn’t event that long ago. This set has achieved a massive amount of support in a short amount of time.

Hopefully that level of support will help it through The Lego review process, and we will soon get our very own Spongebob Krusty Crab set!

What do you think about the set? Did you support the project? Let me know in the comments below ❤️

Introducing my very first Product Idea, a definitive MOC of The Krusty Krab from the beloved cartoon Spongebob Squarepants originally created by Stephen Hillenburg back in 1999.  With (almost) every detail, plank and wall of the restaurant faithfully recreated from the show, I have also tried to capture the charming aesthetics of the Krusty Krab, which I hope fans of both LEGO and Spongebob can appreciate.

If this makes it to become a set, I think it would just be a magical experience to see iconic restaurant that we’ve always watched through a screen actually sitting on your desk and to be able to interact with it, whether it is recreating your favorite scenes from the cartoon or creating new ones from your imagination, this set is your oyster!

I was initially surprised by the lack of an accurate LEGO representation of the Krusty Krab on the internet, which given the popularity of the iconic underwater eatery, I thought many skilled builders would have been up to the task. Being a fan of both Spongebob and LEGO, I took it as an opportunity to create the best version I could. It was a fun and difficult process altogether, but this project have given me a newfound appreciation of the beautiful and genius design of the Krusty Krab. Something like that truly comes once in a lifetime!

– The complete Krusty Krab package with fully designed exterior and interior, (including the Kitchen, Office and Bathroom.) with removable roofing for complete access to the inside.

– A few fun and small builds such as the must-have “Krusty Krab” clam sign, as well as a dumpster and a boatmobile to top off the Spongebob experience. (Also includes a couple Krabby Patties. How could we forget those.)

– All 6 of the main characters in their LEGO forms! (Spongebob, Patrick, Mr. Krabs, Squidward, Sandy and Plankton.)

Number of Pieces: 2996 (It’s a miracle I was able to pull this off at that parts count.)