I have just got back from a screening of Guardians of the Galaxy Vol. 2 and it was AMAZING! I absolutely LOVED the first movie and this one doesn’t disappoint. You will love baby Groot, you will cry with laughter and it does a good job of pulling at the heart-strings whether you are human, alien, tree-person or biomechanically altered racoon. There is something here that everyone will love.

But now it’s time to buy the LEGO sets!

While part of me pines for a more adult-targeted set (think collectors edition Star Wars style but of the Milano or something), the offerings they have are a nice addition for GOTG fans.

If you haven’t already, check out the LEGO baby Groot and prepare to want one of your own 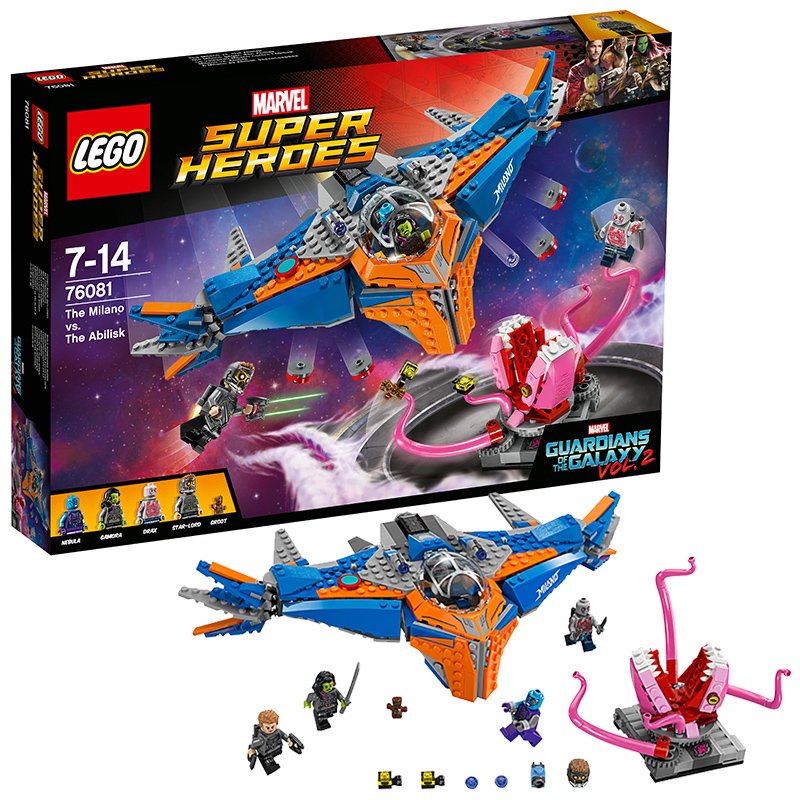 To check it out on Amazon, click the image below

LEGO released a Milano set for the first Guardians of the Galaxy, so whether you need this set in your life, probably depends on whether you have the original.

Get set for an epic space battle as Star-Lord and his unlikely allies take on the Abilisk, featuring the Milano spaceship with two stud shooters, bomb-drop function, movable wings and an opening four-minifigure cockpit. The Abilisk monster features moving tentacles and an opening mouth to role-play a daring rescue mission. Includes four minifigures and a Groot figure. The smallest and cheapest set in the Guardians of the Galaxy release – and also the only one that doesn’t feature a baby Groot 🙁 But it does feature a pretty sweet Rocket minifigure and also Mantis Minifigure, which is the only set to feature either. So, if you want the whole squad, and I know you do, you need to buy all three sets. Well.. actually only 2 sets, but the third will feel left out!

Stage a forest face-off between Taserface in his M-ship, featuring four stud shooters and a minifigure cockpit, and Rocket and Mantis, who are hiding in the forest setting featuring a buildable tree with branch elements. Help the two Guardians of the Galaxy build the six-stud shooter, then fire at the approaching M-ship and work as a team to fend off the Ravagers. Includes three minifigures.