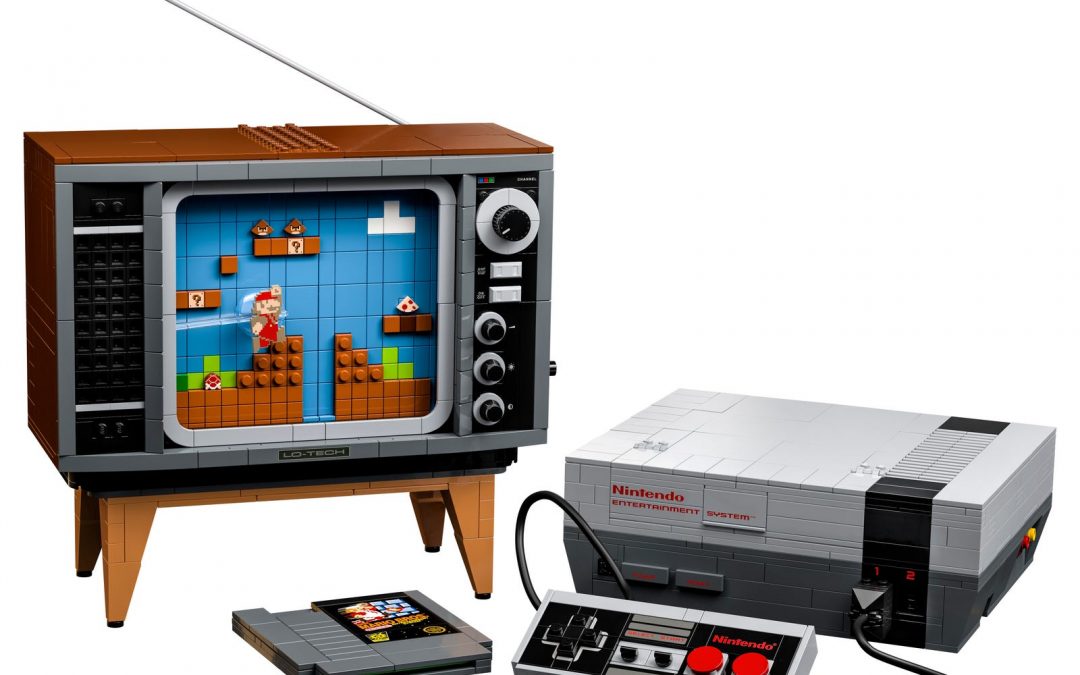 A while ago, LEGO announced the new Mario sets, and with it a new partnership with Nintendo. And while I was all for the idea of interactive sets that bridge the gap between LEGO and interactive electronic play, the thing I was really excited about was the Nintendo partnership itself!

Nintendo owns some of the most well known video game characters of all time, including Zelda & Link, Mario & Luigi, Starfox, Samus, Donky & Diddy Kong, Animal crossing… I mean the list goes on (but be sure to tell me your favourite in the comments).

And that excites me!

That excites me because I am a massive Zelda fan, and gamer in general, and this new set from Nintendo and LEGO shows that this partnership is pretty serious.

Not only do we get a very accurate and lifelike rendition of the NES (Nintendo Entertainment System) itself, but we also get a retro TV and a controller.

Now, when I first saw the set, I wasn’t immediately amazed, I mean, the NES is a blocky as a LEGO brick, and though the TV had charm, was it all worth £200+ to me – someone who sadly missed out on owning an NES for real.

But then… then I saw it in motion!

Yes, there is a hidden handle on the side of the TV, and with a turn, the TV comes to life. The iconic Mario scenery starts scrolling by, and Mario jumps over obstacles and through the course. It is a sight to behold. And instantly for me makes sense at the price point. This is something that has been designed out of love and respect to Nintendo and Mario. It’s a work of art.

Check it out below

Do you love video games? Did you play Super Mario Bros.™ back in the day? Or do you just enjoy a hands-on, creative activity in your spare time? If so, this nostalgic LEGO® Nintendo Entertainment System™ (71374) model kit is perfect for you.

Authentic and interactive
The brick-built NES is packed with realistic details, including an opening slot for the Game Pak with a locking function and a controller with a connecting cable and plug. The console comes with a buildable retro TV, featuring a flat 8-bit Mario figure on the scrolling screen, plus an action brick to scan with LEGO® Mario™ (figure not included; find in the LEGO® Super Mario™ Starter Course set – 71360) so he reacts to the on-screen enemies, obstacles and power-ups just like in the Super Mario Bros. game.

Creative fun
This unique set is part of an inspiring collection of LEGO building sets for adults that make fabulous gifts for yourself and hobbyist friends who enjoy DIY challenges and proudly displaying their creations.