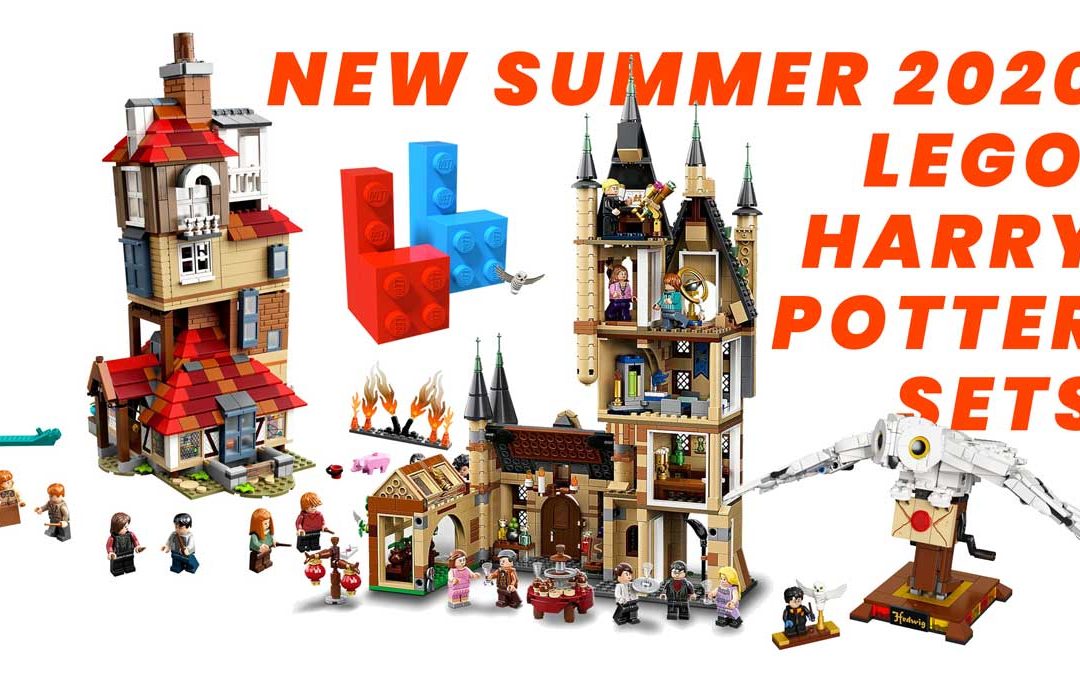 Lego has announced the new Harry Potter sets launching this summer, including the Burrow and Hogwarts astronomy tower. Most of these new sets will be launching on 1st June, but many have come up for preorder already 🙂

If you are a fan of Harry Potter then you are probably as excited about the new lineup as I am. I am excited for the Burrow and the flying Hedwig model. Which set are you most excited about?

Below we go over all the new sets

The new Hogwarts Astronomy Tower makes a great companion piece to the already released Hogwarts sets, such as the clock tower and great hall.

The new Hedwig set is especially intriguing to me, because it is a mechanical set that features flapping wings, which I think is a nice feature.

Buildable Hedwig the owl with ‘flying’ wings
With a wingspan of over 13” (34cm), this 630-piece brick-build model shows Hedwig in flight, delivering an important letter. Once the build is complete, a turn of a handle causes the jointed wings to move gracefully up and down. The collectable model stands on a sturdy base with a detachable LEGO Harry Potter Minifigure and another, smaller, Hedwig the owl toy with wings spread open.

Attack on the Burrow

The Burrow is one of my favourite locations from Harry Potter. Not only is the burrow the home to the Weasleys, but it is beautifully wonky and almost heath Robinson in design. It is interesting to see that Lego managed to create a piece that is not perfectly straight, as you can see, the top is on a slant.

Will Death Eaters burn down The Burrow?
There’s so much to do and discover in The Burrow, the Weasley family house, that one side of the highly detailed dollhouse toy opens up to provide lots more space for kids to play. With 8 minifigures, play can begin right away. As kids recreate the famous scene where the evil Death Eaters, Bellatrix Lestrange and Fenrir Greyback, attack, fire elements can be used to recreate the fire that devastates the building.

Harry Potter fans will have endless fun with Harry, Ron Weasley™, Dudley Dursley, Vernon Dursley, Petunia Dursley and Dobby™ minifigures. They’ll enjoy imaginative play all over the fully equipped 2-story house, including locating Harry’s secret cupboard under the stairs and activating the flood of Hogwarts™ acceptance letters through the letterbox.

Collectible Harry Potter flying car toy
The magical excitement continues outdoors when Ron appears at the upstairs window with the flying Ford Anglia. Kids open the trunk to attach a chain to its hook and, very soon, the window is dragged off and Harry escapes!

LEGO® Harry Potter™ Hogwarts™ Room of Requirement (75966) transports young witches and wizards into a magical world as they join a group of friends on a secret mission to overcome powerful dark magic.

Harry Potter and the Order of the Phoenix™ role-play toy
Fans of Harry Potter can recreate classic movie moments and conjure up imaginative adventures of their own with Harry, Hermione Granger™ and Luna Lovegood™. Dumbledore’s Army is practising spells in the mysterious Room of Requirement. Kids can help Harry teach the Patronus charm. There’s a Hare for Luna and an Otter for Hermione. Power shooters fit into the minifigures’ hands and fire at the mechanical Death Eater toy. With a host of cool features and accessories, the magical fun will never end!

Minifigures and magical creatures in the Forbidden Forest
Kids enter the Forbidden Forest with 3 minifigures – Harry Potter, Hermione Granger™ and Dolores Umbridge™ – and cast a spell to open the large tree and reveal a selection of accessories: A lantern, bone and turkey leg. There are 2 centaur figures and a posable giant Grawp that kids can use to pick up Umbridge and take her… wherever they want. Young witches and wizards will love acting out classic moments from Harry Potter movies and dreaming up magical adventures.