LEGO Returns to the Wizarding World of Harry Potter! 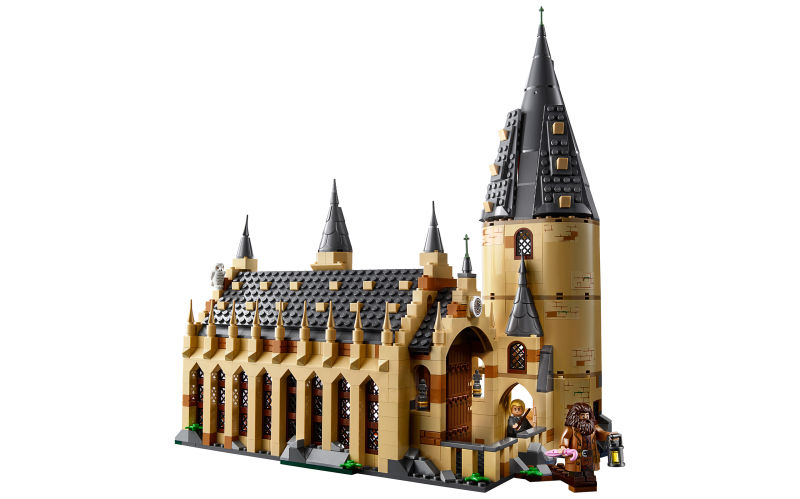 This is great news for fans for LEGO and Harry Potter, as LEGO has announced the new sets that they have created for Harry Potter Fans! I must say; they look pretty awesome!

It has been a while since the last harry potter set was retired, as there have been no Harry Potter Films since Harry Potter and the Deathly Hallows: Part 2 that was released in 2011! ? How time flies.

While Fantastic Beasts and Newt Scamander have reignited interest in the wizarding world, many still crave more of Harry Potter’s particular brand of magic. Well, get your brick sorting hats on! Becuase your wish is my command!

The recently announced Harry Potter theme from LEGO will be kicking off with Hogwarts no less, while they will also have a new range of Harry Potter BrickHeadz to add to your collection.

Let’s take a look at what is coming 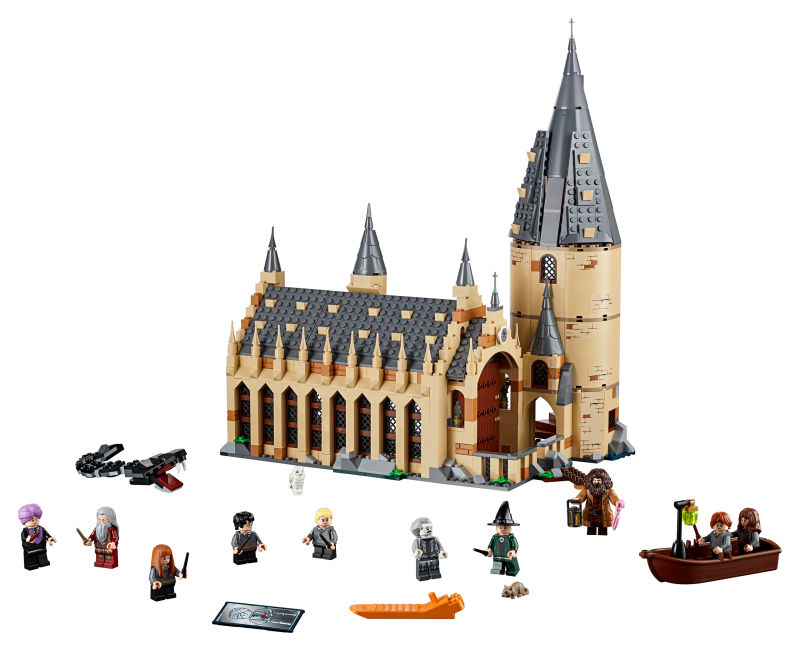 Lego returns to JK Rowling’s Wizarding World in August, with the release of the first new set in the series. The sets will be based on the Harry Potter and Fantastic Beasts series. The first set in the Lego Harry Potter series will be Hogwarts Great Hall, a $99 set featuring ten minifigures no less. It will also include two buildable creatures and a nice amount of detail.

The Hogwarts Great Hall set, which was first shown off at the New York Toy Fair, is a pretty awesome return to Harry Potter series. This work of architectural art stands 14 inches high, 8 inches wide and 11 inches deep. It also has a respectable 878 pieces for you to magic together.
On first glance, you would be forgiven for wondering where those 800+ pieces go, but when you turn it around, the detailed interior is a sight to behold! Yes, this fantastic beast is a beauty from the outside and on the inside. The best of both worlds! (I really need to stop with the bad puns).
It has been mentioned that the set will fit together with another set, but why stop there? This could be a modular Hogwarts set that pieces together to create a whole Hogwarts! Imagine that 😀 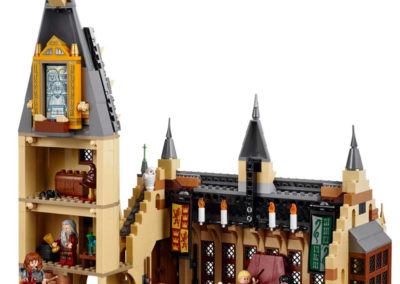 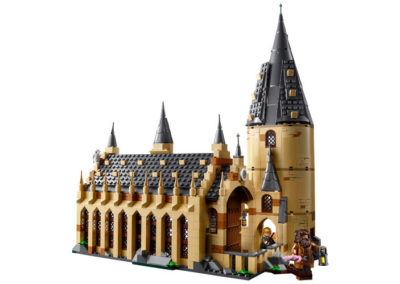 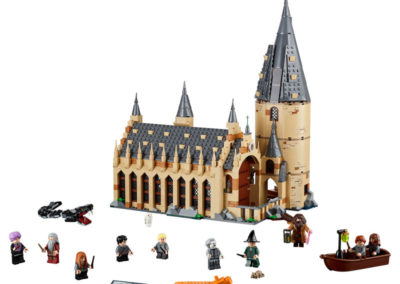 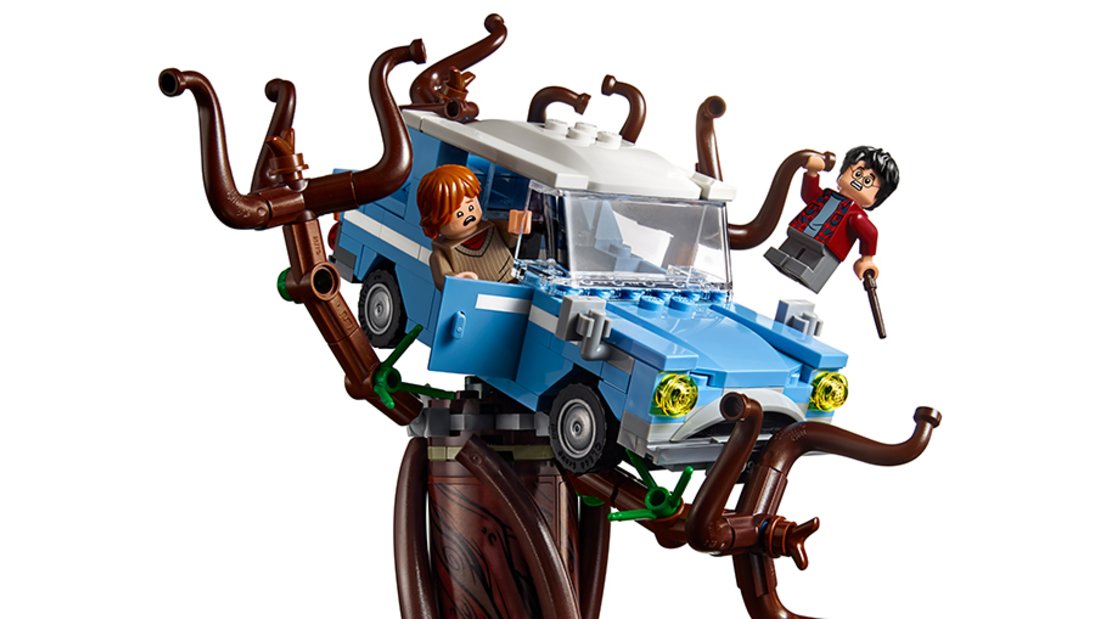 The next set in the series is the Whomping Willow from Chamber of Secrets, complete with a Ford Anglia to perch in the branches, recreating the scene where Harry and Ron crashed into the tree in the film and books.

The set comes with the whomping willow (obviously), a Ford Anglia, and the Ron and Harry Minifigs. It also looks like there is a hole in the base of the tree so you can reenact the scenes from the film/books. 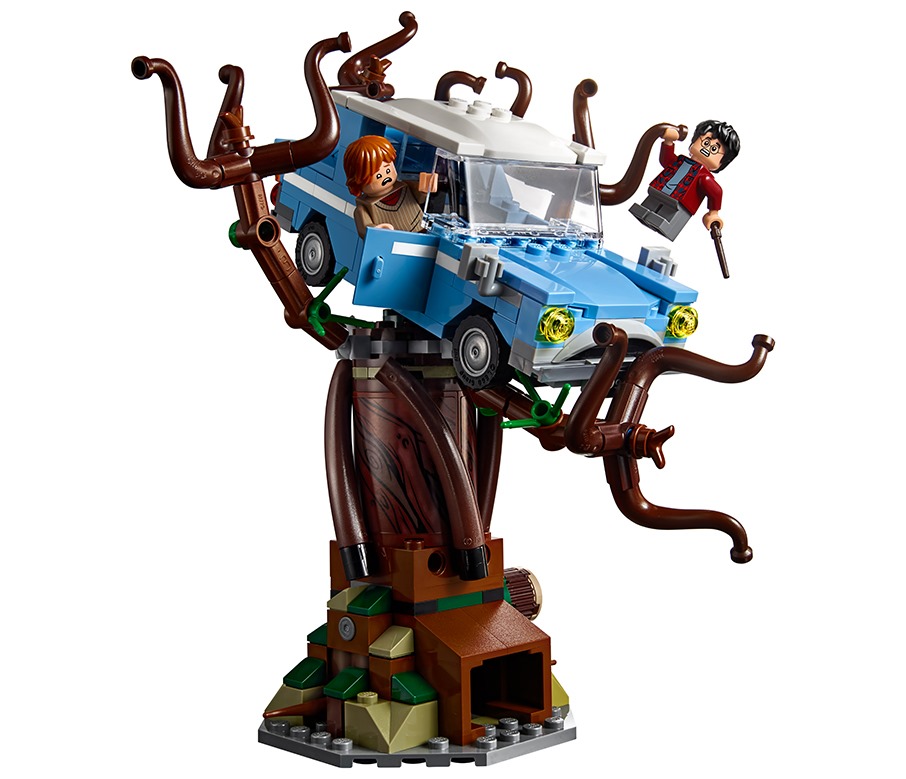 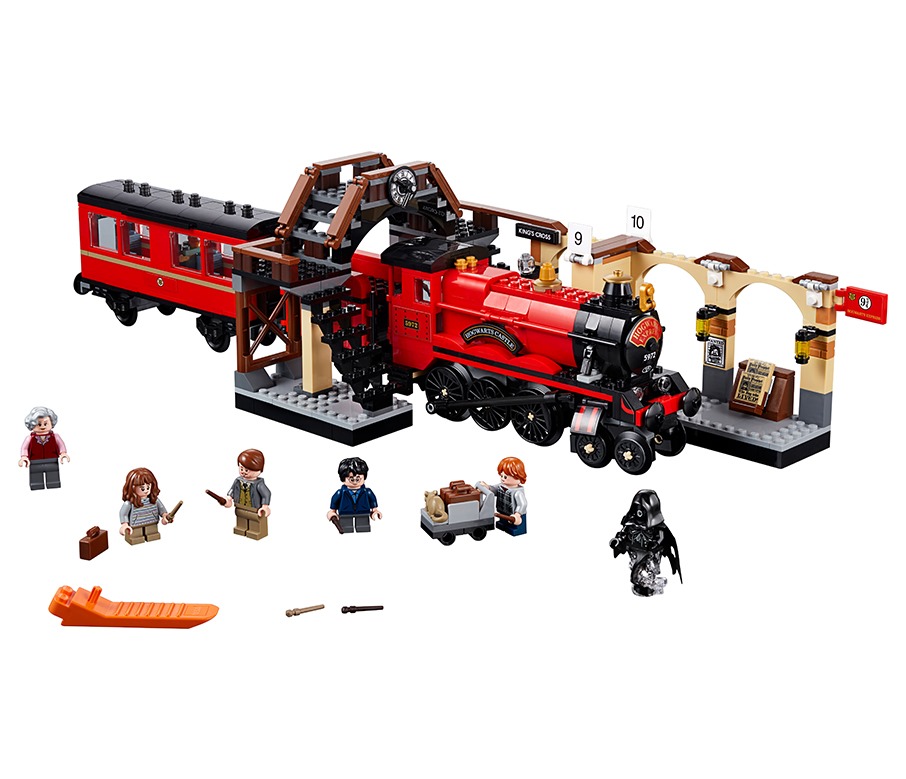 If you want to complete any Harry Potter collection you are going to need a Hogwarts Express, complete with the famous platform 9 3/4.

This looks like a nice sized set, with space in the carriages for the assortment of minifigs that come with it including; Harry, Ron, Hermione, a Dementor, and Professor Lupin

I do enjoy a good BrickHeadz figure! After what seemed like a slow start, they have added many more in the last few months, ranging from DC to Star Wars, and now we can expect Harry Potter to be added to the mix.

So far they have announced Harry and Hedwig, a two-piece set, a solo Hermione Grainger, and a Ron and Dumbledore set.

Now that LEGO seems more willing to package multiple BrickHeadz together, it opens up a lot of opportunities for some of the lesser known characters to make an appearance, however, we still have quite a list of the main ones that haven’t been announced.

I think we need a Voldermort, Hagrid (maybe with one of his many pets), Dobby, and more! There are far too many great characters to list them all, but I for one am looking forward to the BrickHeadZ they announce. 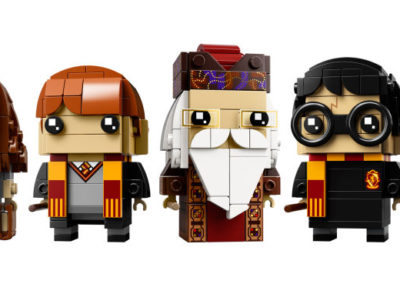 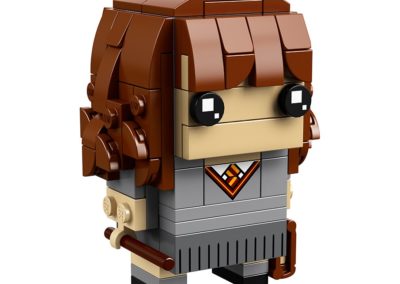