LEGO Baby Groot MOC – You Will Want This! 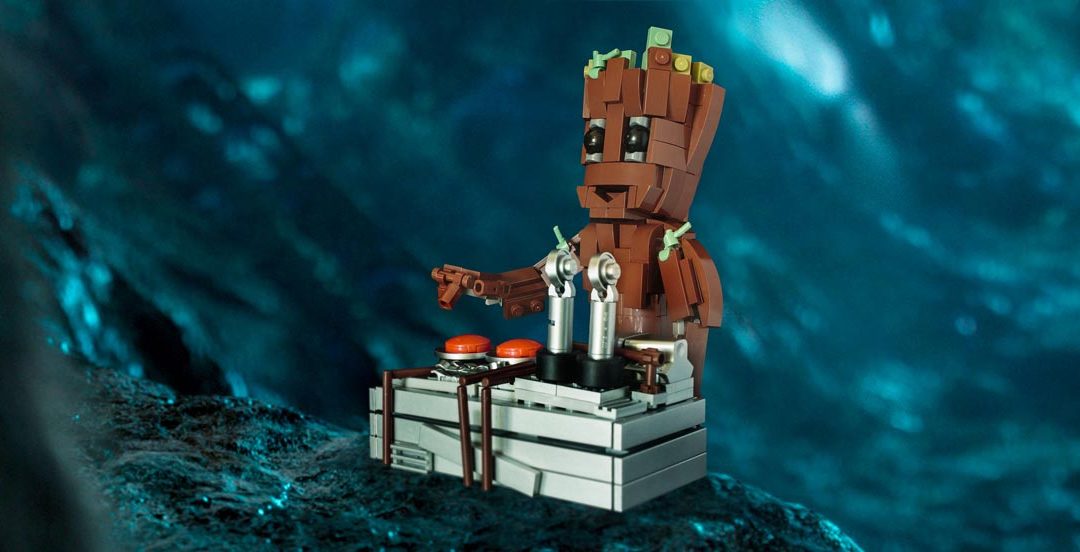 When I and everyone else saw Guardians of the Galaxy, all they could think of was baby Groot. Sure baby Groot didn’t steal the show of the first instalment, he only stole the show of the entire credits, but once Guardians of the Galaxy Vol. 2 hit, everyone went baby-Groot mad! Why? Sheer, unadulterated, overwhelming cuteness of course. From the open sequence the entire audience, including myself, was captivated. And in some ways, this is Groot’s film.

Now if you love your LEGO, the first thing you probably thought was “how do I get a LEGO baby Groot?” to call my own, and really the only official sets that included a minifig of baby Groot, or possible microfig, is the Ayesha’s Revenge and The Milano vs. The Abilisk sets. But what about if you wanted a baby Groot figure you could build or one that you don’t need a high-powered magnifying glass to see? Well, I have the answer!

While searching through various LEGO MOCs, I found a beautifully realised version of baby Groot in all his button-pushing glory.

Designed and built by a very talented LEGO creator Markus Rollbühler, this baby Groot has an itchy trigger finger and he is ready to push the button. It’s an awesome MOC, from a truly great, possible iconic scene, In an equally amazing movie. The only thing that would make this better, is IF I could make one for myself! I hope this gets into LEGO ideas, or perhaps if we ask nice enough, Markus might well release the instructions for how to build your own.

For more on Markus Rollbühler and his amazing creations, check out his Flickr page. I have already made plans to cover a few of his other LEGO MOCs, as they really are outstanding. 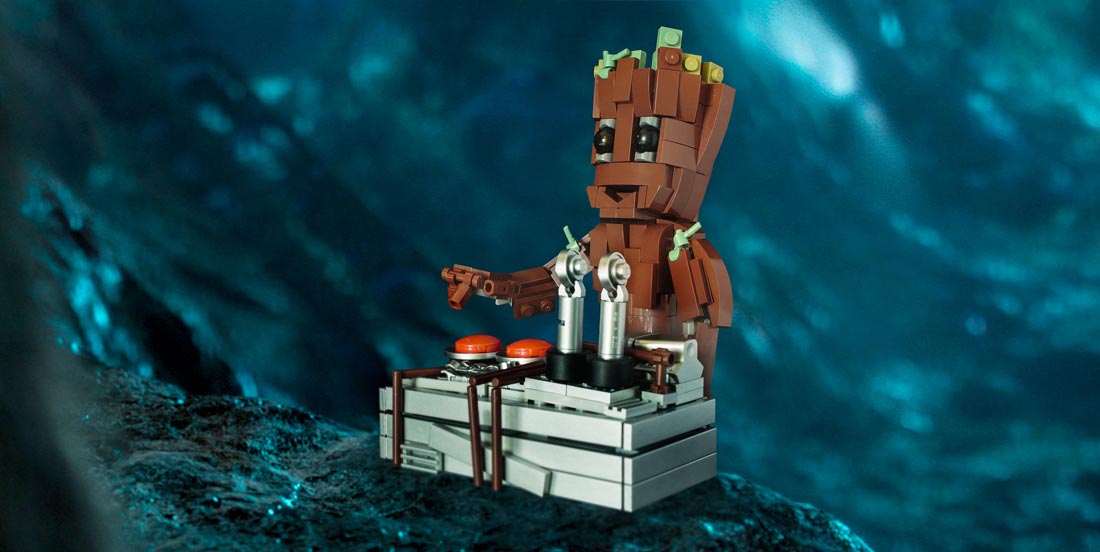 Guardians of the Galaxy Vol. 2

After saving Xandar from Ronan’s wrath in the first movie, the Guardians are now hailed as heroes, and as such are in demand and almost “famous”. Now the team must help their leader Star Lord (Chris Pratt) uncover the truth of his own background – who is his real father? Friendships, Allies and enemies will be tested as old foes turn to allies and betrayal is everywhere. The Guardians almost let down their guard, when they find that they are up against a devastating new foe, hell-bent on the galaxy’s destruction/imprisonment.

If you haven’t seen it, I strongly advise you should get it as soon as it is available. It’s an amazing film and a great partner to the first.

Who is baby Groot?

Believe it or not, the voice actor from the original film returns to play baby Groot, and that is no other than Vin Diesel! Not your first choice for casting a cute little baby? I’m not really surprised, but with the magic of Hollywood sound editing, Vin Diesels perfectly captures the sound of a growing, young sapling.