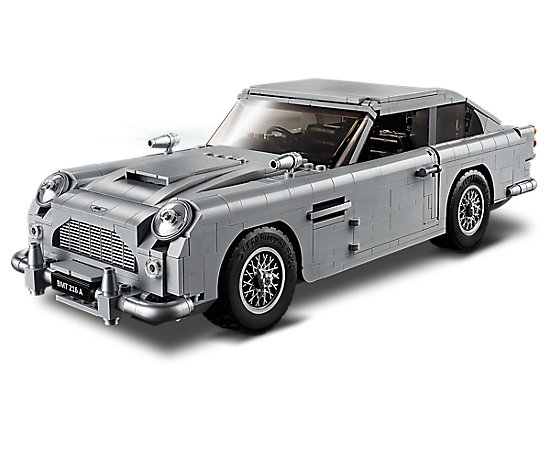 Today LEGO announced and launched the new James Bond™ Aston Martin DB5! This is a Creator Expert set and will retail for £129.99 and contains a hefty 1295 pieces.

This isn’t just an Aston Martin DB5, this is a James Bond 007 DB5, and as such, it features ejector seat, changing number plates, machine guns, wheel-mounted tyre sythes, and bulletproof rear-windscreen shield. 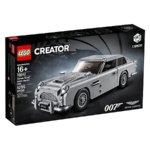 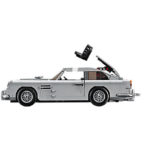 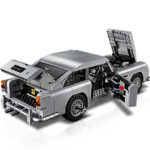 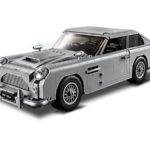 LEGO unveiled the new LEGO Creator Expert set at their flagship London Leicester square store. Where else would they unveil a British icon, other than the home of James Bond and Aston Martin, right?

This set is interesting and will appeal to LEGO Creator enthusiasts and James Bond lovers alike. But I am more interested in what this means for the future. LEGO have now licensed Aston Martin and James Bond, which means we could potentially see James Bond BrickHeadz, LEGO James Bond the video game, and many classic playsets from the 26!?! James Bond films released to date!

Imagine loading up LEGO Dimensions and having a new James Bond area to play through, Or the iconic scenes that could be recreated in LEGO form. This year, LEGO is returning to the Harry Potter franchise, so we know they can dabble in classics too, not just the newest film releases.

Of course, this may be nothing, and not amount to any more than this one-off, but after the release of the LEGO Technic Bugatti Chiron, I can imagine a similar set for one of Aston Martins newer cars, and it would be awesome.

What do you think? Is this the beginning of a new LEGO franchise?

Get a license to build with the awesome LEGO® Creator Expert 10262 James Bond™ Aston Martin DB5. This impressive replica model captures the elegance and timeless sophistication of Agent 007’s iconic 1964 sports car and comes with a wealth of authentic details and functioning gadgetry. Open the doors and you’ll discover a detailed interior with a concealable radar tracker and a door compartment containing a telephone. And when it’s time for action, activate the passenger ejector seat, turn the revolving number plates, raise the rear-window bulletproof screen, deploy the wheel-mounted tyre scythes and pull back the gearstick to reveal the front wing machine guns. This collectable model car also features a detailed straight-6 engine, drum-lacquered silver front and rear bumpers, moulded silver-coloured wire wheel rim inserts and front and rear Aston Martin logos. The model has been designed to provide a challenging and rewarding building experience full of nostalgia—a must-have for fans of the Aston Martin DB5, James Bond movies and LEGO building sets.